‘Software-defined’ to define data center of the future

‘Software-defined’ to define data center of the future 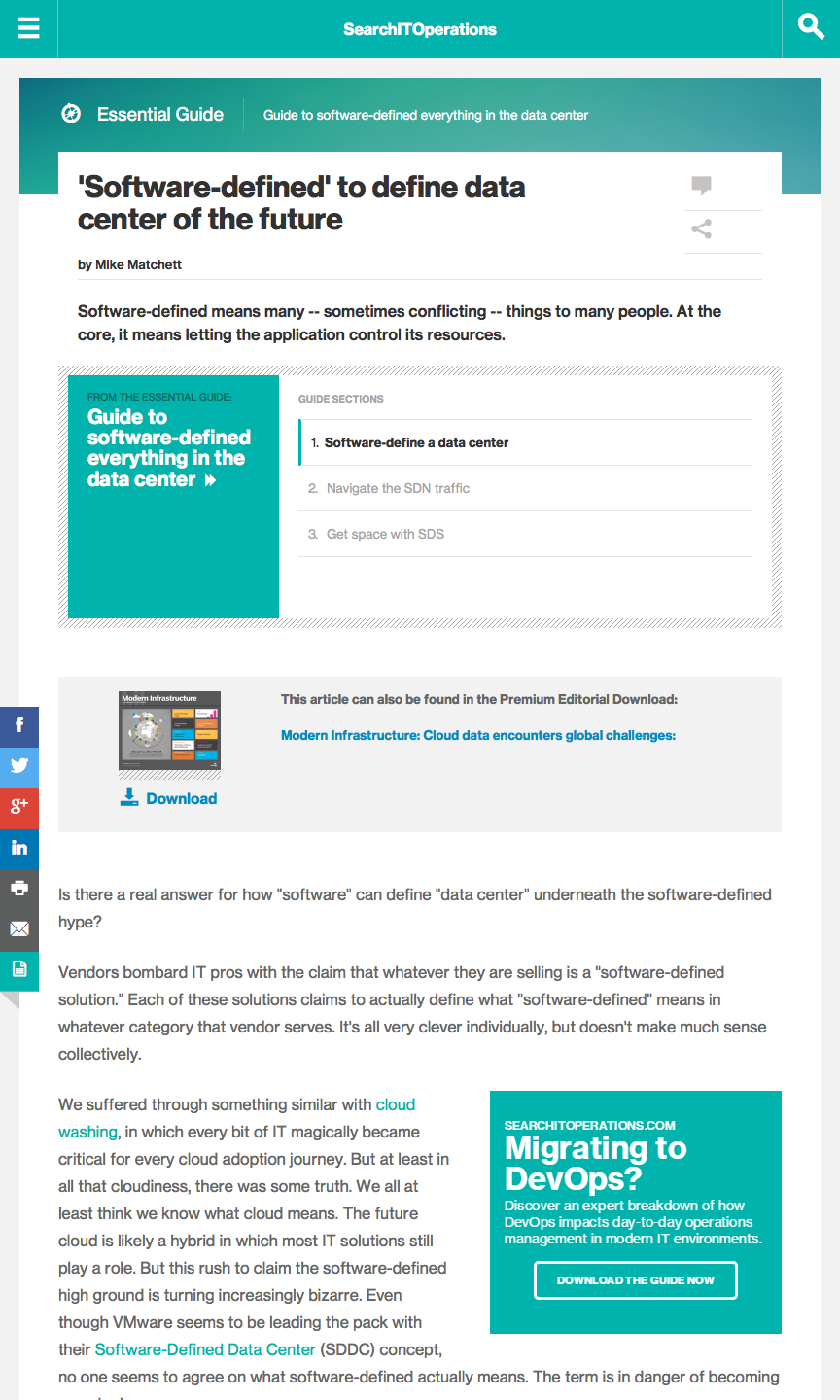 Software-defined means many — sometimes conflicting — things to many people. At the core, it means letting the application control its resources.

Is there a real answer for how “software” can define “data center” underneath the software-defined hype?

Vendors bombard IT pros with the claim that whatever they are selling is a “software-defined solution.” Each of these solutions claims to actually define what “software-defined” means in whatever category that vendor serves. It’s all very clever individually, but doesn’t make much sense collectively.

We suffered through something similar with cloud washing, in which every bit of IT magically became critical for every cloud adoption journey. But at least in all that cloudiness, there was some truth. We all at least think we know what cloud means. The future cloud is likely a hybrid in which most IT solutions still play a role. But this rush to claim the software-defined high ground is turning increasingly bizarre. Even though VMware seems to be leading the pack with their Software-Defined Data Center (SDDC) concept, no one seems to agree on what software-defined actually means. The term is in danger of becoming meaningless.

Before the phrase gets discredited completely, let’s look at what it could mean, as with software-defined networking (SDN). In the networking space, the fundamental shift that SDN brought was to enable IT to dynamically and programmatically define and shape not only logical network layers, but also to manipulate the underlying physical network by remote controlling switches (and other components).

Once infrastructure becomes remotely programmable, essentially definable through software, it creates a new dynamic agility. No longer do networking changes bring whole systems to a grinding halt, manually moving cables and reconfiguring switches and host bus adapters one by one. Instead of an all-hands-on-deck-over-the-weekend effort to migrate from static state A to static state B, SDN enables networks to be effectively redefined remotely, on the fly.